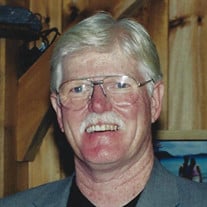 Bruce L. Smith, 76, of Morris, passed away Sunday, October 10, 2021 at Lightways Hospice Home in Joliet. Born June 17, 1945 in Morris, he was the son of the late Donald and Helen (Perry) Smith. He was the oldest of 7 children. His brother Aaron preceded him in death. He graduated from Morris Community High School with the class of 1963. He was a pitcher on the baseball team and was the quarterback for the Redskin football team. He served 4 years and 3 months in the US Navy. He achieved the rank of CT-2 (Cryptologic Petty Officer 2nd Class). He served on two submarine tours off the coast of Vietnam in the South Pacific, breaking and copying security codes to aid the war effort. He was the quarterback for his subs Navy football team. After the Navy Bruce went to work for Illinois Bell and worked as a repairman and installer. After a 26 year career with Illinois Bell he retired on Dec. 16, 1996 he started his own communication business which he eventually sold and started working for the Morris Hospital as a courier. He then retired from the Hospital in 2014. He then continued to volunteer for the Morris Hospital as a transportation driver until his illness prevented him from driving in the spring of 2021. Bruce married his high school sweetheart on Oct. 12, 1968, Julie Hankins of Morris at the United Methodist Church in Morris. Bruce and Julie we ready to celebrate 53 years of marriage. They had two children, Jen Perry (Mike) and Brandt (Melissa). Bruce had a variety of interests, first and foremost was his family. He loved spending most of his free time with Julie and the rest of the family. His favorite places included the Mazon River and pool on Whitetie Rd. He loved his trips with Julie to Ft Meyers, FL. He loved going for coffee and to estates sales with his buddy Dave and late friend Don. He loved Morris Cruise nights as a volunteer. He was a die-hard White Sox and Packers fan. He enjoyed gardening, music including the Bee Gee’s, The Eagles, Motown, Kirk Franklin, Simon and Garfunkel, Toby Mac. Bruce’s favorite time of the year was Christmas. He did all the decorating and had their home ready for the holidays in early November. He had a witty sense of humor and loved making his family and friends laugh. His fake tripping antics were hard to discern real from fake. He loved tricking Julie and making her laugh. Most importantly, Bruce became a born again Christian early in their marriage. He was very active in his church and led a small group in their home right up until his illness. His Christ-like lifestyle touched man people. Surviving Bruce are his wife Julie, daughter Jen, Son Brandt, grandchildren Alexa (Ali Bops), Ashley, Liz, Sam, Jessie, Sophie (Sophie Beans), Josef (Jo Jo) and great grandson Jace (Buster Brown). Bruce’s sisters, Christine Smith, Patricia Burash, Pamela Smith, Brothers, Perry Smith and Don Smith. In lieu of flowers memorials can be sent to Lightway Hospice of Joliet or The Village Christian Church. Funeral services will be held on Thursday, Oct. 14, 2021 at 11:00 a.m. at the Village Christian Church on Bell Rd., in Minooka. Visitation will be held just prior to the service beginning at 9:00 a.m. Burial will follow at the ALNC in Elwood. The Morris Color Guard will perform military honors. Fruland Funeral Home, 121 W. Jefferson St., Morris is in charge of arrangements. For more information call the Funeral Home at 815-942-0700 or sign the on-line guest book at www.frulandfuneral.com.

Bruce L. Smith, 76, of Morris, passed away Sunday, October 10, 2021 at Lightways Hospice Home in Joliet. Born June 17, 1945 in Morris, he was the son of the late Donald and Helen (Perry) Smith. He was the oldest of 7 children. His brother Aaron... View Obituary & Service Information

The family of Bruce L. Smith created this Life Tributes page to make it easy to share your memories.

Send flowers to the Smith family.