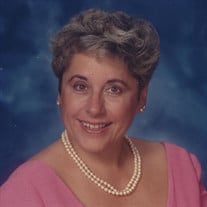 Carole K. Schneider, 83, formerly of Joliet and Chicago passed away Tuesday, February 16, 2021 at Park Pointe Healthcare & Rehab Center in Morris. Born December 24, 1937 in Chicago, she was the daughter of Edward and Tessie (Pokorsky) Kulak. She held various vocations over her lifetime including hairdresser, seamstress with Mark Shale Al Baskin, apprentice pharmacist with Osco Drug, and administrative assistant with the City of Joliet Public Works and Utilities Department. She had interests in court reporting, enjoyed going out with her Red Hat Ladies, bowling, and government fair tax lobby. Carole was an avid reader, a seamstress, a gardener who loved flowers, she enjoyed her many pets, and was a political action proponent. Carole was preceded in death by her parents and was an only child. She is survived by her daughter, Kathryn (Thomas) Pouk; sons, Brian (Jane) Schneider and Edward (Robin) Schneider; grandchildren, Krista Davis, Ryan (Kelly) Hit, Mitchell (April) Schneider, Nicholas Schneider, Justin Engelman, Joshua (Nichole) Engelman and Elizabeth (Dustin) Heath; Ten great-grandchildren and numerous cousins. Visitation will be held at the Fruland Funeral Home, 121 W. Jefferson St. in Morris, Il on Sunday, February 21, 2021 from 4:00 p.m. to 7:00 p.m. A public memorial service will be held at 7:00 p.m. at the funeral home. Private memorial services will be held at All Saints Catholic Cemetery, 700 N. River Rd, Des Plaines, Il 60016 at a later date. In lieu of flowers, memorials to the Joliet Area Community Hospice would be greatly appreciated. For more information, call the funeral home at 815-942-0700 or sign the online guestbook at www.frulandfuneralhome.com.

The family of Carole K. Schneider created this Life Tributes page to make it easy to share your memories.

Send flowers to the Schneider family.