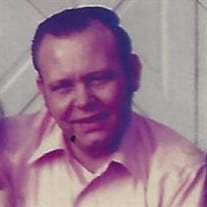 David N. Erickson went home to be with the Lord August 8, 2020 at his childhood home in Morris, Illinois. Born March 3, 1942 in Morris to George T. and Edith E. (Nelson) Erickson. Dave attended Morris Grade Schools and Morris High School graduating with the class of 1960. Dave started work as a printer at the Morris Papermill his senior year of high school to help his mother after the death of his father. In 1966 he went to work at the Joliet Army Ammunition Plant as a system analyst programmer in the control department. In 1971 he began working for Rust Craft Greeting Card Company holding several management positions until the company closed in 1986. From 1986 to 1989 he worked as an insurance agent for Shelter Insurance Company. Dave enjoyed mechanical work and worked part-time at the Amoco BP station on Rt. 47 in Morris for many years. He quit selling insurance and left the Amoco BP station for his dream job as machinist at the Caterpillar Joliet Plant. He worked there until retiring for health reasons in 2012. He was a very dedicated and hard worker. Dave was married to Penny Deatley in the 1960’s and they divorced. In 1969 he married Shirley Roe Hemmersbach and had one daughter Kimberly and a step-son Edmund Hemmersbach. Dave and Shirley divorced in 1979. Dave was preceded in death by his father George, his mother Edith, one brother George and a sister Janice Jiskra. He is survived by his daughter Kimberly Bezely of Morris, step-son Edmund (Pamela) Hemmersbach of Owensboro, KY, grandsons Jacob Bezely and Ryan Bezely both of Morris, one sister Marilyn (Donald) Kreutzinger of Arlington, VA and several step grandchildren, step great grandchildren, nieces and nephews. Dave loved motorcycles as a young man. He also had a great love of nature and enjoyed boating and fishing with his friends and family. When his grandsons were young they would frequently visit train museums and his love of trains lasted his whole life. Everything in life was a learning experience and he valued knowledge and education. His greatest joy was his family. He was incomparably kind, generous and patient, and was always thinking of others. Dave was a cancer survivor of over 20 years. He will be greatly missed. Funeral service will be held Saturday, August 15th, 2020 at 11:00 a.m. at the Fruland Funeral Home, 121 W. Jefferson St. in Morris with Pastor Steve Larson officiating. Visitation will be held on Saturday from 10:00 a.m. until time of service at the funeral home. Interment will follow in Evergreen Cemetery. For more information guestbook at www.frulandfuneralhome.com.

The family of David N. Erickson created this Life Tributes page to make it easy to share your memories.

Send flowers to the Erickson family.