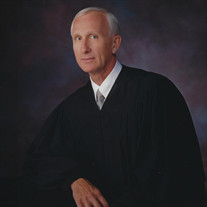 Paul Edwin Root, of Chicago and formerly of Morris, died on Monday, September 14 following a long battle with Lewy body dementia. He was 75 years old. Born and raised in Morris, the fourth and youngest child of David and Esther Root, Paul was also a son of 1950s Middle America. He loved sports, the outdoors, cars, and his dogs. He attended local public schools and graduated from Morris Community High in 1963. Paul then went on to study at the University of Wisconsin where he earned degrees in business and law. He loved his alma mater, Badger football, and his Psi U fraternity brothers. Following graduation, Paul moved to Milwaukee and began practicing law with the firm of Charne Glassner Tehan Clancy & Taitelman. In December 1968, he met Diane Gangler on a blind date arranged by Paul’s brother Bob. They married a year later and remained so for over 50 years, raising two sons together. In 1972, Paul, Diane, and their older son John moved to Palatine, Illinois, where Paul worked in the General Counsel’s office at Kraft Foods. Two years later they returned to Paul’s hometown of Morris where their younger son Matthew was born. Paul would remain in Morris for the following 24 years. He was engaged in private law practice, served on the Grundy County Chamber of Commerce, and was also an entrepreneur who established three successful businesses. He was appointed to the Illinois Circuit Court where he served as Associate Judge from 1993 to 1997. He was also an excellent Little League coach. Following his retirement from the bench, Paul and Diane moved to Chicago. There, he continued to practice law part-time while enjoying leisurely pursuits such as reading, ballgames, and cooking. He made great veal osso buco. In 2014 Paul was diagnosed with Lewy Body Dementia, a progressive neurological disease which he fought courageously until the end. Paul will be remembered for many fine personal qualities and accomplishments but, above all, he most valued his relationships with loved ones. He passed away at home, peacefully, surrounded by his immediate family. Paul is survived by his beloved wife of 50 years, Diane; sons John and Matthew (Jaime); sister Barbara and brother Robert (Sonya); and many nieces, nephews, in-laws, and friends. He was preceded in death by his parents, both in 1984, and brother David, in 1972. Paul will be cremated and laid to rest at a private ceremony at Evergreen Cemetery in Morris. An informal celebration of his life will be held for family and friends when COVID-19 restrictions have been eased, with details to follow. Those wishing to make a donation in Paul’s memory are encouraged to consider Operation St. Nick of Morris and The Salvation Army. The Fruland Funeral Home, 121 W. Jefferson Street in Morris is in charge of arrangements. For more information, call the funeral home at 815-942-0700.

Paul Edwin Root, of Chicago and formerly of Morris, died on Monday, September 14 following a long battle with Lewy body dementia. He was 75 years old. Born and raised in Morris, the fourth and youngest child of David and Esther Root, Paul was... View Obituary & Service Information

The family of Paul Edwin Root created this Life Tributes page to make it easy to share your memories.

Paul Edwin Root, of Chicago and formerly of Morris, died on Monday,...

Send flowers to the Root family.